Much of the excitement regarding the benefits of pine pollen exist because of phytoandrogens. Pine pollen contains natural alternatives to synthetic or prescription hormone therapies. Pollen from the pine trees is a wild, raw, nutrient-rich food that boasts a potent concentrationof plant hormones that are bioidentical to male hormones. These plant hormones called ‘brassinosteroids’ include androgens like testosterone and androstenedione which play equally important roles in both men and women.

Brassinosteroids were first discovered in pollen from Brassica napus, hence the name. But the highest concentration of these plant hormones are found in plant pollen, and in particular, pine pollen.  It seems that we share some of our genes with the pine trees; genes that code for the making of bio-identical humans genes androgens like testosterone and  DHEA.

Besides the phytoandrogens, pine pollen has five other potent plant hormone compounds - all with physiological functions in human cells. These are:

All of these have high biological activity, such as; antiviral, anti-cancer, anabolic, pro-survival, stem cell/immune response activation, and anti-aging effects.

The Mickey-mouse shaped pollen grain is a single living plant cell (it is shaped that way to capture air, the ‘ears’ act as air pockets). The complex sugars (polysaccharides) and antioxidants protect the pollen’s DNA against radiation and environmental damage while floating through the air.

Once the grains land on pine seed, it must stay attached to the seed with its germination filament. Then a second burst, the following year, leads to the transfer of its DNA. An abundance of amino acids allows for rapid growth. This is why pine pollen contains so many healthful amino-acids, vitamins, and minerals needed by the body for anabolic growth. It can also activate nitric oxide and enhance blood flow throughout the body.

Phytoandrogens in Pine pollen are Essential for Rapid Growth During Germination

It also has vitamin D2/D3, magnesium, selenium, silicon, potassium, calcium, iron, strontium, phosphorus, sulphur, chlorine, manganese, and various other vitamins, minerals, and essential amino acids such as L-dopa and Arginine that help with blood flow and the nitric-oxide cycle.

In a nut shell, pine pollen is a rare find in the apothecary of nature's medicines. 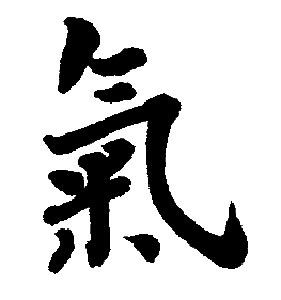